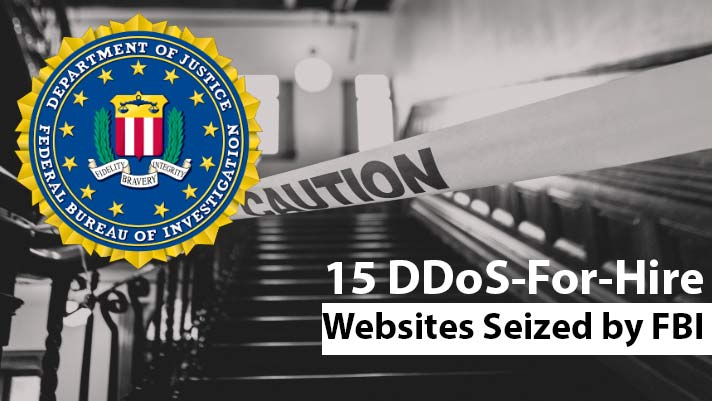 On Thursday 20 December, the US Justice Department announced that the FBI has seized 15 domains of DDoS-for-hire websites. Three people have also been charged with their involvement.

DDoS-for-hire services offer to rent out access to a network of infected devices in which attackers can launch denial-of-service attacks. The services are designed so they can used by anyone, even users who are not familiar with the technology.

The following services were seized by the FBI for providing access to DDoS attack while masquerading as network stress testing services:

The services were used to bring down a wide variety of websites including sites for financial institutions, universities gaming platforms, and government systems.

There have been several high profile DDoS attacks in 2018. Github, the code hosting website was hit with a massive DDoS attack in February, dubbed the “largest DDoS attack ever seen.” According to the NETSCOUT Threat Intelligence Report 1H 2018, telecoms providers and cloud hosting services were the most targeted industry.

It also states that DDoS attacks were on average 37% larger in the first half of 2018, compared to the same period in 2017. It also discovered that big attacks are more common than ever, with attacks peaking over 300 Gbps, 400 Gbps, and 500 Gbps.

With DDoS attacks on the rise and becoming more powerful than ever, the FBI is under pressure to combat these attacks and bring the perpetrators to justice.

As well as the seizures, the FBI has also filed criminal complaints against two cybercriminals Juan Martinez, 25 and Matthew Gatrel, 30. The two men were allegedly affiliated with the “Ampnode” and “Downthem” DDoS services.

Earlier this month 23-year-old David Bukoski was also charged for operating a DDoS service website that had over 80,000 customer subscriptions.

The FBI has stated that they will prosecute anyone paying for DDoS services should they find evidence. It is fair to say that the FBI is trying to crack down on these types of attack after 2018’s worrying trend.