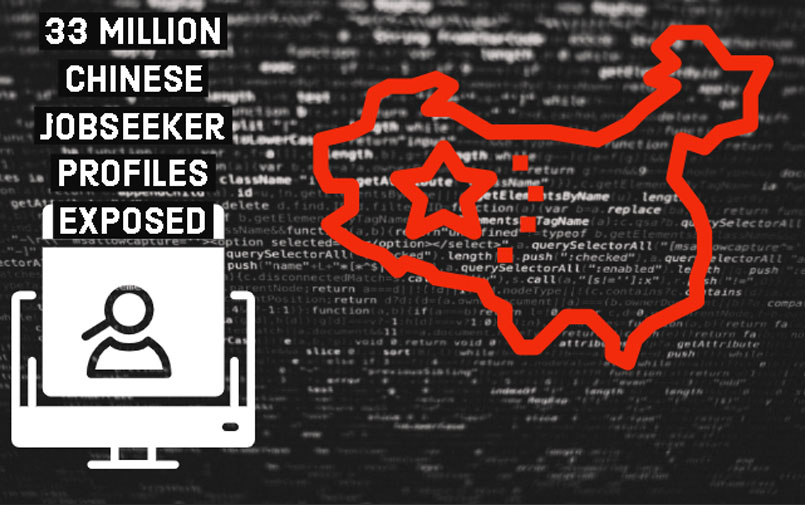 A large database with around 33 million jobseeker profiles for people in China has been left exposed and unprotected online. The profiles contained sensitive information that would be valuable to identity thieves and scammers

Sanyam Jain, a security researcher, discovered the database using the Shodan search engine. The Shodan search engine has been described as the “search engine for everything on the internet.” Google and most of the other popular search engines only index web pages, whereas Shodan indexes most things it comes across, including web cames, yachts, water treatment facilities, medical devices, wind turbines, traffic lights, license plate reachers, smart TVs and much more. It has also been referred to as “the scariest search engine on the planet” by people worried about its potential as a tool for hackers.

The database contains user profiles of people in China who uploaded their resume and personal information to various job recruitment websites.

Jain discovered the database on 10 March 2019, and attempted to find the owner of the database to warn them of the exposed information, however, he was unable to do so. However, he did see references to Chinese job recruitment companies within the database such as 51Jobs, lagou, and Zhilian.

I don’t understand how the companies can put up all these online. My advice please do hire cybersecurity experts you really needed it.

It is still unclear who was using the data, or if it was exploited at any point.