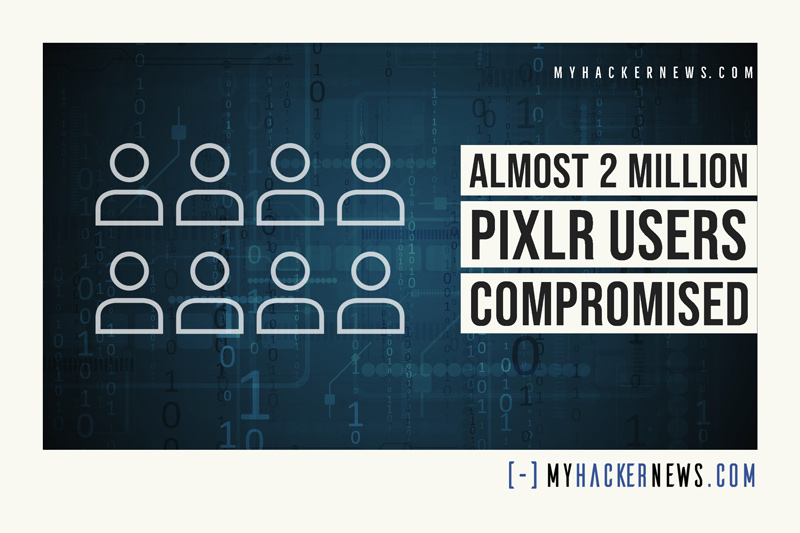 The main advantage of online solutions is that they can solve problems for users who don’t want to be trapped in any particular platform whether it’s Windows, Apple, Linux and especially Chromebooks. These solutions include PDF editing and compression, documents and even image editing almost the same caliber as Adobe Photoshop. Of course these solutions often require subscriptions such as online image-editor Pixlr. But unfortunately, almost 2 million accounts of Pixlr’s users have been compromised.

Pixlr is a popular online image editor thanks to its simplicity and free of use for private and commercial purposes. It’s as good as Photoshop but much simpler to use and online nature allows users to continue their work regardless of the location and operating system.

The Pixlr accounts have been leaked onto the dark web along with stolen accounts of other companies such as Nitro Software. The accounts numbering about 1.9 million apparently include credentials that can be used by other threat actors such as user names, email addresses, hashed passwords and other info. Aside from Pixlr, the hacker also got hold of records from Pixlr’s sister site, 123rf which is a site for stock photos.

The culprit identified himself as part of the ShinyHunters group. The same group that recently stole over 77 million user accounts from the Nitro PDF service, and is known for hacking websites to sell stolen user databases. Their victims also include Promo, Wattpad, Homechef, Chatbooks and Tokopedia.

Users worried if they’re included, are advised to check sites such as “Have I Been Pwned” or “AmIBreached”. Better yet, Pixlr users should change their credentials immediately as some users tend to use the same accounts and passwords they use within their company for many other subscriptions. It is recommended for users to use a strong password, a password manager as well as employ multi-factor authentication if possible.