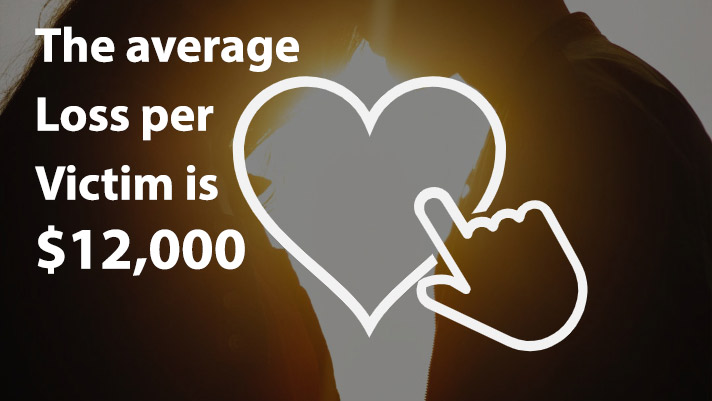 Romance scams are often talked about less than other types of scams such a sextortion, inheritance and business email compromise scams, but they remain a serious issue. Agari reports that since 2015 romance scams have led to personal losses of nearly $1 billion from the US and Canada.

Who is Scarlet Widow?

Scarlet Widow Nigeria based cybercriminal gang that has been operating since at least 2015. The group’s tactics haven’t always been the same, there is evidence to suggest that they have trialed and tested different methods in trying to find the most lucrative method.

Agari has managed to fully identify three members of the gang who operate at the top of the hierarchy.

The members have fake personas that they use to manipulate their victim, often using charm and romance. There are several different personas, complete with their own profiles, backstory, and photographs that get paraded around different dating sites, however, the most successful one is “Laura Cahill”

Laura’s photos are actually that of a former model that the group presumably picked up from social media. The profile would wait for prospective romantic companions to send a message, and then a detailed response would be sent to the victim. This response would include her backstory, saying she’s originally from Texas but is in Paris for a modeling seminar, and she would be returning to the US in a few days.

“Laura” will try to create a relationship with the victim, one where she lulls them into a false sense of security by pledging her support for positive values such as trust, integrity, honor, and loyalty. Below is an example of a template used by the gang when operating the Laura profile.

“You can’t communicate deeply with someone you do not trust. Family is also a very important thing to me. The one good thing i learnt from my parent is to be honest. The kind that sits together at dinner and open with each other. They also have made me strive to never lie to someone. NEVER! I personally know how much it hurts to be lied to and i have no desire to ever put someone through that. Life is too short. Especially at this stage and point in life.”

In another communication Laura says:

“Age has nothing to do with being with the right person, what i seek is inner personality..I want a man that is loving and caring. A man that would be there for me as much as i’ll be there for him.”

Of course, this back and forth can’t go on forever, and eventually, Laura gets to the point.

“But unfortunately my card came back declined, so contacted my card company since i knew the funds i left there and when the reports came i was told i purchased some phones which i never did then they mentioned something like identity theft so now my account is frozen and they promised to dispute the charges and issue another card to me when i get back to the states… I really want to get outta here as soon as i can, if possible tomorrow but i don’t have the means cuz the airline agent is insisting i get the remaining funds before he can get me a ticket back… I don’t know how you feel about this hopefully you see from my own point of view and help me outta here..”

Another depressing aspect of the Scarlet Widow cybercriminal group is that they also target society’s most vulnerable people. They create profiles on the most popular dating websites in order to cast a wider net, for example, Match, eHarmony, and OKCupid, but they also target sites for divorced and disabled people. Profiles operated by Scarlet Widow were found on Dating4Disabled.com, DivorcedPeopleMeet.com and curiously, Farmers Dating Site.  Farmers have been targeted because they often live in very rural areas where they can be socially cut off from the world, making them lonely. Farming is also extremely damanding and leaves little time for socializing and relaxation, adding to the lonliness.

Romance scam artists will often build a rapport with the victim, establishing a connection because they delve into one of the following scenarios in order to extort money from their victim. This list isn’t exhaustive but reflects the most common scenarios determined by romancescams.org, a romance scam busting website.

Below are some common red flags to look for in romance scams. The scam we discussed above is a little more involved and crafted, but certain patterns are commonplace.