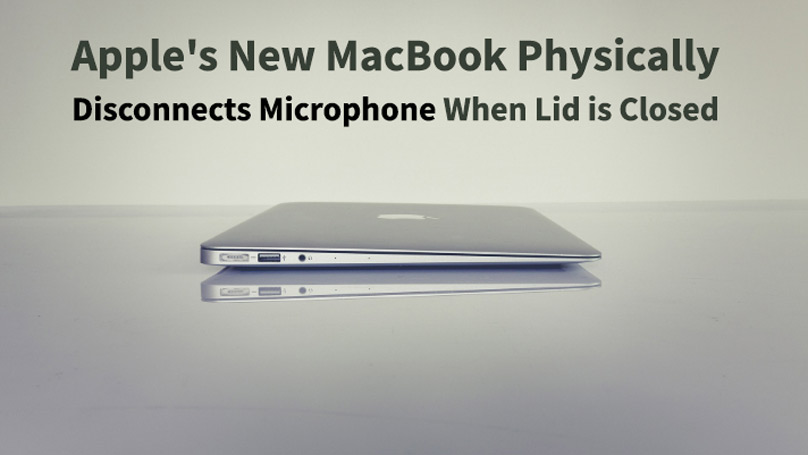 On 30 October Apple released the details of their new MacBook 2018 product range, namely the new Retina MacBook Air. The MacBook Pro 2018 models were released earlier in the year. The new MacBook Air includes a new privacy feature that will help prevent hackers and nefarious apps from spying on its users.

The new security feature forces the laptop’s built-in microphone to physically disconnect when the MacBook is closed. Last year former FBI director James Comey was asked if he puts tape over his webcam or disconnects his microphone and he responded: “heck yeah”.

Apps you use on your laptop or phone often request access to your microphone and camera, and users often click yes without giving it much thought, this is often true for apps that do not need to use those features.

The feature sits within Apple’s custom T2 chip that was rolled out in the MacBook Pro models earlier this year, and the new MacBook Air, although the full security guide for the chip was only released on 31 October.

This disconnect is implemented in hardware alone, and therefore prevents any software, even with root or kernel privileges in macOS, and even the software on the T2 chip, from engaging the microphone when the lid is closed,

The camera isn’t disconnected on a hardware level because there would be no image to capture when the lid is completely closed.

This new feature will protect users from being spied on through their microphone when their laptop is closed and idle, but still switched on, however, it does nothing to protect users when they are actively using the laptop.

Some industry experts have suggested it would be more beneficial to have a manual on/off feature for microphone and camera that would allow users to control over them whilst working.

Related Topics:ApplecameramacOSMicrophoneRetina MacBook Air
Up Next