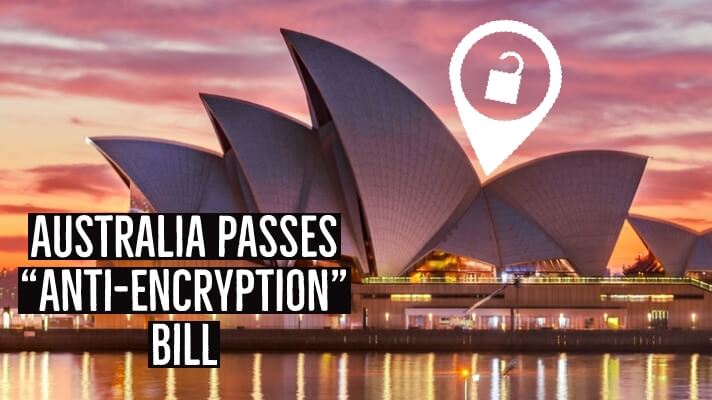 A “Telecommunications Assistance and Access Bill 2018” has been passed by Australia’s House of Representatives on Thursday 6 December. The bill is also known as the “Anti-Encryption Bill.”

The aim of the bill is to support Australian national security and help law enforcement with investigations of serious crime that involves encrypted messages. The bill would allow the government to force major tech companies that encrypt their messages to lend their help in the decryption of the messages. The companies in question involve all the major messaging platforms such as Google, Facebook, Whatsapp, Signal and more.

The bill had support from both of the major parties, the Coalition, and the Labor party. The bill comprises of three levels of assistance that the Australian government or law enforcement can ask for of a tech company.

Technical Assistance Request (TAR): This is a voluntary level of assistance which includes

Technical Assistance Notice (TAN): This requires tech companies to give assistance where they are able, and where the request is reasonable and proportionate.

Technical Capability Notice (TCN): This can only be issued by the Attorney-General and requires companies to “build new capability” in order to decrypt messages.

If tech companies choose not to comply with the law, they can face major fines by the Australian government.

The bill states that encryption should not be undermined, but rather that communications could be intercepted before encryption takes place, or read once they are decrypted on the other end.

We encourage the government to stand by their stated intention not to weaken encryption or compel providers to build systemic weaknesses into their products,

Some citizens are concerned that this bill will lead the way into the government spying on their messages.