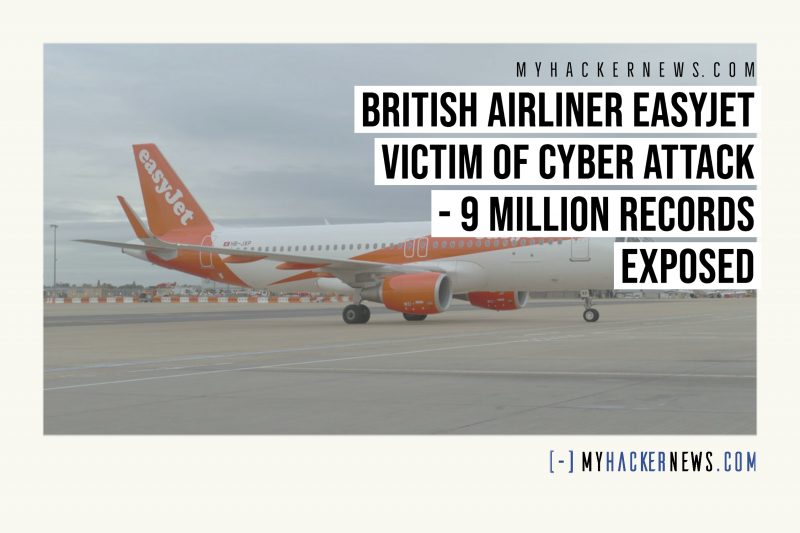 The popular budget airliner, Easy Jet, has announced they have been the victim of a major cyberattack. The data breach has exposed the details of around 9 million customers.

On May 19, 2020, EasyJet plc released a statement online announcing “[EasyJet] has been the target of an attack from a highly sophisticated source”.

The company claims they took immediate action once they became aware of the attack. They have not shared how the attack took place, but they have engaged with “leading forensic experts” to investigate the source of the attack.

What Data Has Been Exposed?

The email addresses and some travel details of 9 million customers have been breached. EasyJet said they will contact any customers who fall into this 9 million. If you are an EasyJet customer but received no email, then your details haven’t been breached, according to the statement on the issue.

Credit card details of 2,208 customers have also been accessed, and these customers will be made aware. No passport details have been breached.

The airliner claims they have found no evidence of these breached records being used by nefarious individuals. However, they will be sharing advice on how to protect yourself from phishing attacks, should cyber actors try to use these records in the future.

Do You Need to Take Action?

If you are an EasyJet customer, then check your emails for any communication from the company about whether you are one of the affected. The airliner’s stated they would be contacting all users within a few days, so by now, you should have the email.

If you are one of the few customers whose credit card details were accessed, then you should block the card and order a new one. You should also monitor the activity on your card to look for unexpected charges.