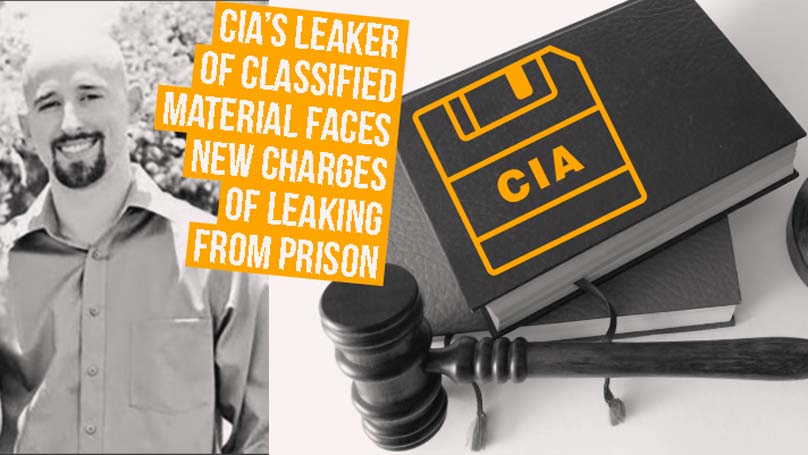 A 30-year-old former CIA programmer, Joshua Adam Schulte has been issued with three new charges while in jail. Schulte is was arrested and detained in August 2017 for being in possession of thousands of images and videos of child pornography dating back to 2009.

Schulte worked at the CIA as a software engineer from 2010-2016, and before this worked at the National Security Agency as a systems engineer.

Police found the child pornography when raiding Schulte’s apartment looking for evidence he stole classified material that was passed to WikiLeaks. This became known as the “Vault 7” leak. Joshua was charged in June 2018 with 13 charges relating to misuse of sensitive information and child pornography. The investigation alleges theft of 8000 classified CIA documents. Joshua maintains his innocence, pleading not guilty to possessing child pornography and denying any involvement in Vault 7.

These new charges come just after Joshua hit the news for his letter to Judge Crotty where he said he was being subjected to “cruel and unusual punishment” and that the “entire case is a lie”. The new charges are relating to distributing classified national defence secrets from prison. FBI prosecutors believed Schulte is distributing the material through one or more smuggled cell phones that he is using to communicate with people outside of prison.

The FBI searched Schulte’s cell and found several devices including encrypted devices and 13 email and social media accounts. The Vault 7 leaks exposed some major CIA cyber weapons and spying techniques, making it one of the most significant leaks in history.

Schulte utterly betrayed this nation and downright violated his victims. As an employee of the CIA, Schulte took an oath to protect this country, but he blatantly endangered it by the transmission of Classified Information.

Additionally, Schulte is also facing felony charges of sexual assault in Virginia after images were found on his cellphone of him allegedly penetrating an unconscious woman.