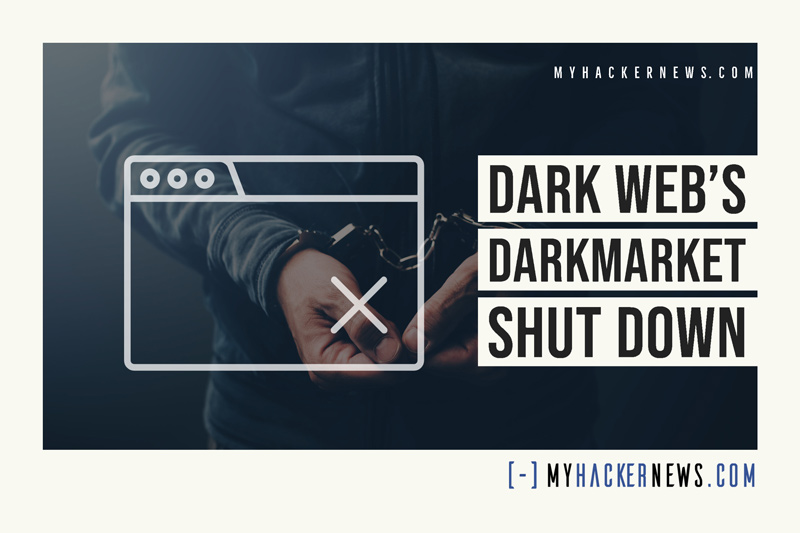 It seems that the Dark Web is no longer safe to conduct any business for people trading in illicit goods. Cybercriminals would now have to be extra careful or take their business elsewhere, a darker web, if it exists, or maybe just maintain a small footprint to keep under the radar.

The world’s largest online marketplace for illegal goods called DarkMarket was recently shut down as announced by Europol last Tuesday. The effort to take it down was no small feat though, involving operatives from the U.S. Federal Bureau of Investigation (FBI), Britain’s National Crime Agency (NCA), and authorities from Australia, Denmark, Germany and the Ukraine.

This takedown should result in the slowdown of distribution of illegal materials such as drugs, counterfeit cash, hacked information, anonymous SIM cards and should slow down cyberattacks for a while by shortening the sale of off-the-shelf malware. Authorities seized more than 20 servers in Moldova and Ukraine and arrested a 34-year old Australian national believed to be the market’s mastermind. Using the recovered data, can then gain leads on the site’s users and patrons. DarkMarket is said to be the go-to place for up to over half a million users, over 2,000 vendors and has had hundreds of thousands of transactions in Bitcoin and Monero.

The world of the dark web continues to grow smaller for those who illicitly trade online and big markets such as Dream Market, Wall Street Market Valhalla Marketplace have gone offline. Some dark web market places such as and Empire Market have also closed down as part of exit scams, which unfortunately affect buyers of valid goods and services. This development however pushes cybercriminals to push their wares out of the underground and into above-ground yet encrypted channels such as Sonar, Elude and Discord.