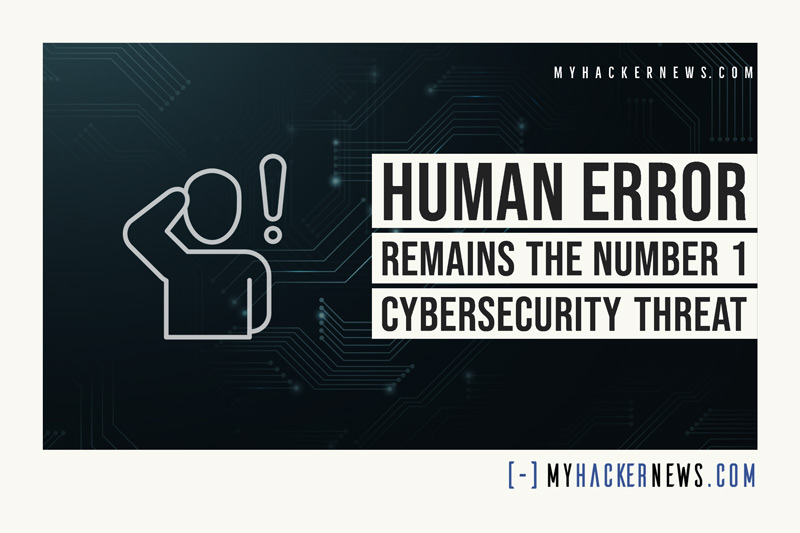 We’re only human, has never been a good excuse when being confronted with a mistake. Cybersecurity experts don’t find it much of an excuse either, but companies will have to continue to deal with human error until actual robots come along. Human error of course is often the reason why viruses, ransomware and other malware continue to invade even the most secure of companies and government agencies.

It’s already 2021 and human error remains the number one cybersecurity threat, followed by malware, according to a study conducted by IBM. The latter threat however mostly relies on human error, or rather the lack of awareness to malware and cybersecurity as well as the ignorance of computer users who are not in the field of Information Technology.

The problem of human error is exacerbated by the current trend of working from home, because of the pandemic as computer users are left to their own devices, without tech support who are often at arms’ length. There’s also the factor where regular users do not have the habit or policy to update the systems that they use at home and use insecure networks to receive and transmit data for work.

Those in the IT business are not exempt from it as the failure to set up or install security updates can also be counted as human error. There are known instances where even administrators themselves employ weak passwords or allow their executives to do so.

Also, despite the software and firmware updates, secure passwords, multi-factor authentication, breaches continue to occur thanks to users who fall victim to clicking links in phishing emails and attachments in malware payloads. Because the only way threat actors can get past intense cybersecurity is by relying on the users’ gullibility and lack of awareness and training when it comes to cybersecurity.