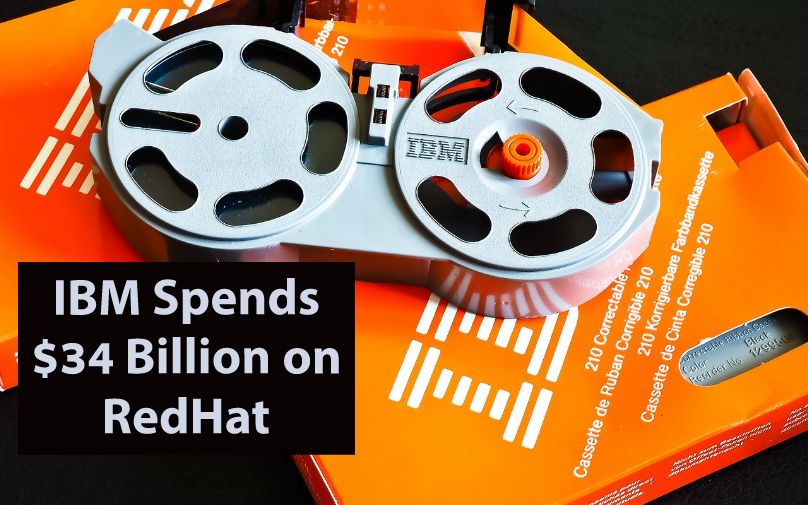 On Sunday 28 October IBM confirmed that they have bought open course Linux software company, Red Hat. They have bought the company for $190 per cash share, working out to a whopping $34 billion, making it the biggest open-source business deal ever.

Red Hat is an American multinational software company that provides open-source software products to the enterprise community. They are most well known for their enterprise operating system Red Hat Enterprise Linux but offers a range of services for example storage, middleware, applications and consulting. In 2016 they also became the second largest contributor to the Linux Kernal, after Intel.

Last year Red Hat reported revenue of $2.4 billion, and this year they are already ahead of that at $2.9 billion. If you’re wondering how they make money from an open source software, they do so by monetising their technical support and consulting services, and very successfully.

IBM has been a long time supporter of Linux and have themselves contributed to the Linux Kernel as well as other open source software products. However, while Amazon, Google and Microsoft have quickly advanced in the cloud computing field, becoming the giants, IBM have been firmly left behind. Buying Red Hat will help them advance their goals of becoming a viable competitor to the big 3 cloud computing companies and is a very wise move by IBM.

One key aspect of this deal is that Red Hat will continue to be let by their current CEO Jim Whitehurst and it will still retain its real estate, for example, the HQ and offices. This should make the transition seamless and allow Red Hat to continue to do what they do best.

In a statement, IBM Charmain and CEO Ginni Rometty said:

The acquisition of Red Hat is a game-changer. It changes everything about the cloud market… IBM will become the world’s #1 hybrid cloud provider, offering companies the only open cloud solution that will unlock the full value of the cloud for their businesses.