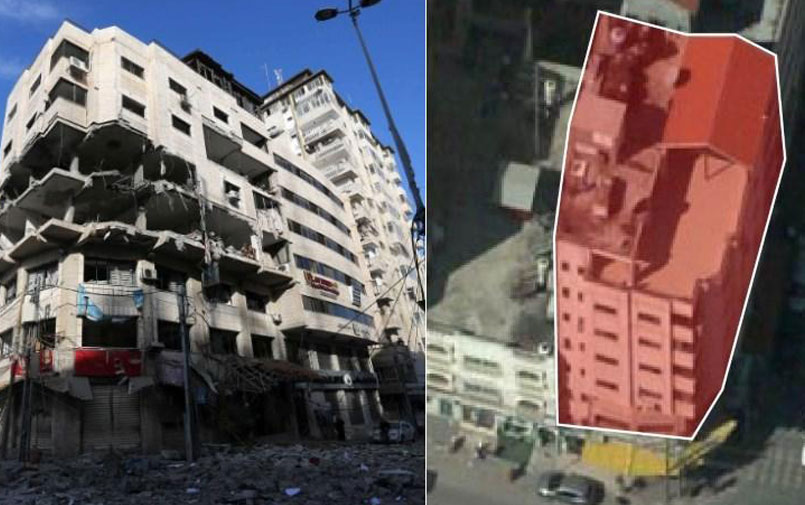 The Israel Defense Force (IDF) says they have “thwarted an attempted Hamas cyber offensive against Israeli targets”. The IDF claims they identified and stopped the attempted cyber attack by finding the hackers and responding with military force. This is believed to be the first time a military has taken physical action against an imminent cyber attack.

The IDF targeted the hackers who were located inside a building on the Gaza Strip, destroying the building. The building is thought to be the headquarters of Palestinian Hamas military intelligence where a dedicated hacker unit was attempting to hack into Israeli government systems.

The IDF hasn’t released any detailed information about the nature of the alleged cyber attack attempted by Palestinian military hackers, but a commander from the IDF cyber division said the attacked at “harming the quality of life of Israeli citizens”.

Tensions have been rising again between Israel and Hamas over the last few months. On Friday 3 May tensions increased when Hamas militants fired between 600 and 900 rockets at Isreal. Israel responded to this attack with their own strikes on Hamas targets. It has been confirmed that 4 Israeli citizens and 27 Palestinian citizens have been killed, and more than 100 have been wounded.

The IDF states that their strikes targeted and killed Hamad Ahmed Abed Khudri, who they accuse of funding the hundreds of rockets deployed by Hamas by transferring money from Iran to Gaza forces.

“Transferring Iranian money to Hamas and the PIJ [Palestinian Islamic Jihad] doesn’t make you a businessman. It makes you a terrorist,”

A conditional ceasefire is now in place as of today and the Israeli army as lifted all restrictions near Gaza and residents have been told they can return to their routines including going to school and work.

“Israel’s response against Hamas marks the first time that a country has reacted with immediate military force to a cyber-attack in an active conflict,”

Some people have called into question whether Israel’s response was proportional and appropriate. From what we can gather, Israel had already stopped the cyber attack suggesting the threat that been reduced if not removed entirely. With cyber military units becoming a common part of the security landscape, some people are concerned about the potential precedent this act sets.