Judge Bans the Forced Unlocking of Suspects iPhones with FaceID 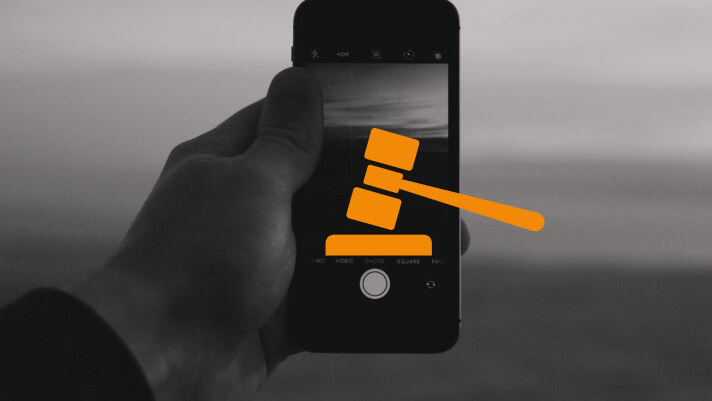 On January 10, California judge rules that law enforcement officers cannot for suspects to unlock iPhones using biometric identification software that’s becoming more common in newer devices. Judge Kandis Westmore said in a written document released on the case that this would be a violation of the U.S. Fourth and Fifth Amendments. These amendments provide citizens the right to protection against self-incrimination and the right to secure their property against unreasonable searches and seizures.

“If a person cannot be compelled to provide a password because it is a testimonial communication,” said Westmore in the document, “a person cannot be compelled to provide one’s finger, thumb, iris, face or other biometric feature to unlock the same device.” The case is a cyber-extortion case, where two unnamed suspects attempted to use Facebook Messanger to threaten a victim to give them money or they would release “embarrassing” video to the public.

Following up on a warrant for a residence in Oakland, California, officers searched the location, producing multiple devices before compelling everyone on the premise to unlock the device using biometric identification. While Judge Westmore agreed with the probable cause to collect the devices, forcing the unlock was not substantiated by the warrant or the search breaching the fourth amendment rights of those on the premise. Westmore says about the search “does not establish sufficient probable cause to compel any person who happens to be at the Subject Premise at the time of the search to provide a finger, thumb or other biometric feature to potentially unlock any unspecified digital device that may be seized during the otherwise lawful search.”

As technology advances, it begins to outpace the laws in place that didn’t account for these advances. Previous instances of similar cases have surfaced in the last few years. In 2016, following the San Bernadino terrorist attack, the Federal Government requested that Apple unlock one of the shooters devices, later pulling their request in favor of a third party for support. Another instance in 2018 revolves around the courts’ order that law enforcement needed a warrant to obtain cellular tower records for criminal cases.