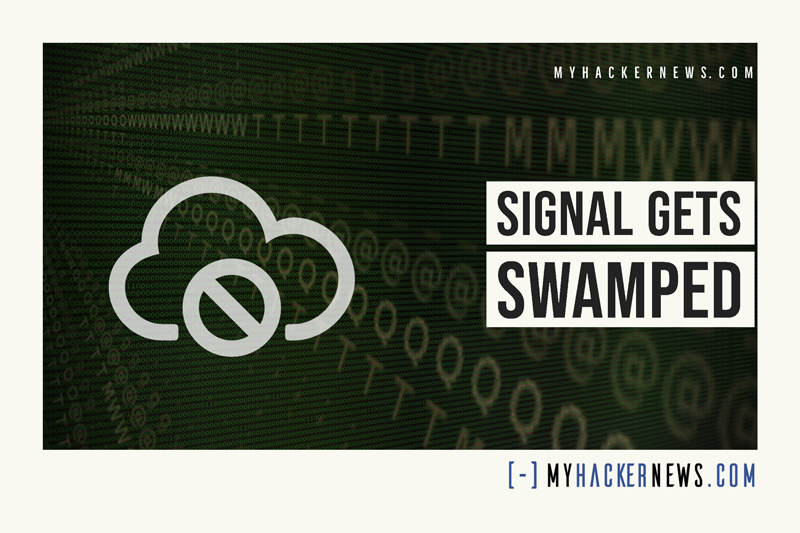 Social messaging app Signal gets swamped with new users resulting in downtime. This is in light of recent events concerning other messaging platforms like Twitter, Facebook, WhatsApp and Parler. As of this writing, Signal is now back online.

“For those wondering about @SignalApp’s scaling, #WhatsApp’s decision to sell out its users to @Facebook has led to what is probably the biggest digital migration to a more secure messenger we’ve ever seen. Hang in there while the Signal team catches up.”

It was an unprecedented move when Twitter banned Donald Trump due to the incident in Washington DC. It was a huge deal when a social media platform banned a head of state, no less than the president of the United States.

Other platforms like Facebook and YouTube followed suit in de-platforming Donald Trump and his supporters after the incident of Capitol Hill. The move has raised the issue of free speech, because whichever political side one is on, it does not sit well with free speech advocates. The same goes with privacy advocates after reports that WhatsApp is demanding that contact lists be directed to Facebook before continued use.

This privacy issue has its own advocates which is why many users are migrating to alternative platforms like Signal, Parler and Telegram. Platforms have yet to breach their users’ privacy or care for users’ politics. Which is what happened with Parler when Apple, Amazon and Google removed it from their app stores.

Those free speech and privacy advocates and Donald Trump supporters as well as conservatives are now migrating to Signal and other alternative social media platforms where they are free to continue with their discourse. In a normal setting, websites, ISPs and social media platforms are able to gradually upgrade their infrastructure with the gradual influx of new subscribers. With the recent events, the influx of new users become more than current resources can handle.