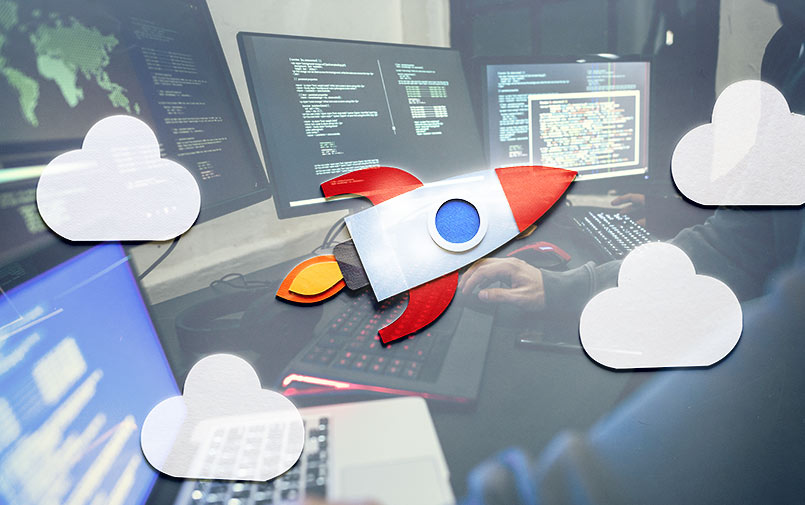 With the cybercrime industry booming, the cybersecurity market has been booming too as they try to detect and deflect cyber threats to protect businesses and citizens alike. We have compiled a list of some of the top cybersecurity startups in the industry today. This list is not exhaustive and is meant to draw attention to some great achievements in cybersecurity as tech professionals face advancing challenges.

Darktrace is a startup founded in 2013 by mathematicians from the internationally renowned the University of Cambridge and government cyber intelligence experts. They are currently one of the largest enterprise security startups on the market and operate out of head offices in the US and UK.

Darktrace pioneer AI technology to detect cyber threats that existing and legacy systems cannot detect. In November 2018 they raised $50 million in a round of funding, which increased the company’s valuation to $1.65 billion.

“Cybersecurity has been all about defining what a threat looked like, We took a fundamentally different approach. We decided to look at what an internal network looks like and identify when that behavior changes.”

Zeguro provides cybersecurity risk assessment, mitigations, and insurance, allowing companies to manage their cyber threats in an accessible way. They are aimed at small to medium-sized enterprises and have a tailored approach to their cybersecurity; customers only pay for the coverage they need.

In November 2018, Zeguro closed $5 million in funding from a group of investors to launch their Cyber Safety Platform.

“The risk of cyber threats continues to grow with small and midsize companies as prime targets. With this round of funding, we will launch our SaaS platform that helps these companies continually monitor their risks, train employees, and quickly recover from cyber attacks. Our platform also empowers SMB’s with turnkey – and critical — answers to the ‘so what?’ once potential vulnerabilities have been identified. These come in the form of relevant preventative services and ability to buy cyber insurance that are finely tailored to their risk profile, industry, and business size.”

Obsidian was founded in 2017 and has been steadily growing ever since. The founders of Obsidian have a strong background in cybersecurity, with two of their higher employees having worked at the National Security Agency.

They were a very new company, but they have already made waves in the cybersecurity space. Obsidian’s main focus is providing cyber security for hybrid cloud environments, which are becoming more a popular option for enterprises. They use machine learning, AI, threat detection and data telemetry in order to defend against cyber threats.

In June 2017 they announced that they had raised $9.5 million in funding to grow its product team working at the intersection of security, artificial intelligence, and hybrid-cloud technology.

“[Founders] Glenn, Ben, and Matt are accomplished product innovators and executives, with strong industry backgrounds in security. We are excited to closely partner with them on their mission, and help build an important new company.”

PermeterX has taken a unique approach to cybersecurity threats and invested their energy in bot attacks. Most attacks are carried about by humans, but bots do pose an emerging threat that could cause devastation to companies in the future.

Their proprietary technology prevents attacks that do not normally trigger security.

“Next-generation automated web attacks today threaten the integrity of the web by impersonating humans and abusing business logic rather than breaching systems, and they even harm the integrity of our political system by spreading fake news. With cutting-edge artificial intelligence and machine learning, the PerimeterX platform technology is purpose-built to address this problem head-on by detecting and blocking the most advanced malicious bots in real-time, at any scale.”

Argus Cyber Security is an Israeli automotive cyber security company founded in 2013. They protect private and commercial vehicles from “car hacks.” Argus is a major player in detecting and preventing vehicle hacking and received $26 million in funding in 2015. Although the funding is much less recent than others on the list, it is important to highlight that cybersecurity threats can come in many forms, and there are companies dedicated to niche threats.

Connected vehicles now outpace the growth in both mobile phones and tablets. While connectivity can increase road safety and improve the transit experience, the more vehicles become connected, the more vulnerable they are to cyber attacks. No longer the realm of science fiction, recent events have shown that cyber threats transcend vehicle make and model to include all cars and commercial vehicles equipped with embedded or aftermarket connectivity.

Cybereason is a cybersecurity company founded in 2012, that specializes in endpoint detection and response software. Cyberreason developed an endpoint detection platform that they use to instantly tell companies if they are under attack, the impact of the attack and how to stop the threat. The software works by identifying a single component of an attack and connecting it to other known information to reveal the entire campaign.

In 2017 Cybereason secured $100 million in funding from SoftBank, a Japanese multinational conglomerate.

Lior Div, co-founder and chief exec of Cybereason, said: “This new funding allows us to increase our growth through new distribution channels and to develop new technologies. Our strengthened partnership with SoftBank, which has a formidable sales force and enterprise customer base in Japan, and a global reach, will also enable us to further expand our presence in the cybersecurity market.”