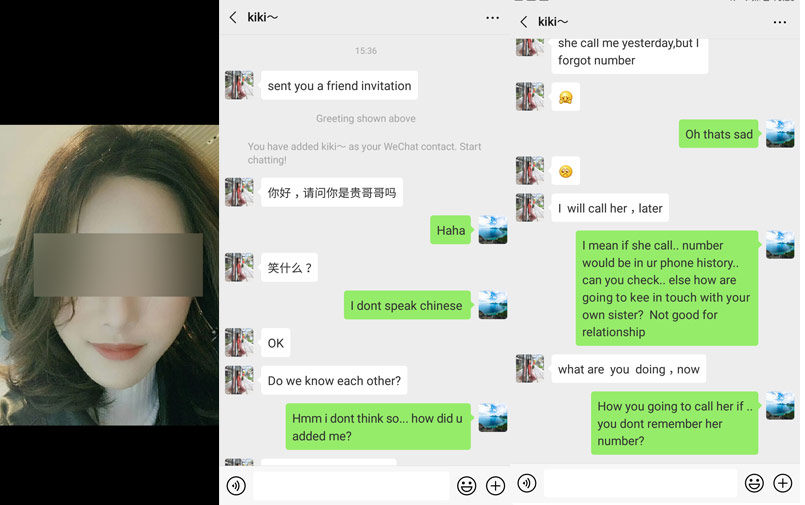 Popular Chinese messaging and social media app, WeChat, is a hotspot for scammers looking to exploit victims out of money. There are different types of scams perpetrated on the WeChat platform such as romance scams, job scams, and even a scam that results in physical mugging.

WeChat is a Chinese messaging and social media app that was first released in 2011 and has exploded in popularity since. The app is available on iOS and Android and has 438 million users worldwide, with 368 million of these users coming from China. With such an active and popular platform, its little surprise that scammers have taken to it looking for their next victims.

Romance scams have existed as long as the internet, and in different forms much longer. These scams were originally conducted over email, but have progressed as new methods of casual conversation have taken over, such as instant messaging. Romance scammers now take to social messaging apps such as WhatsApp and the Chinese chat service WeChat to scam people out of money.

In these scams, the scammer will use a photo of a model and try to lure in romantic interests, usually men. It was reported in February 2019 that a group of scammers were using a series of fake profiles on WeChat to convince men to hand over more than 500,000 yuan (US$73,800). One such profile was a woman called “Mango Girl” who claimed she volunteered as a kindergarten teacher. Mango Girl was actually a man using a fake photo.

One unnamed man told police he fell in love with Mango Girl and sent her 13,000 yuan worth of cash gifts for her birthday. This virtual girlfriend proceeded to block him after the money was sent.

How to Recognize a Romance Scam

How to Protect Yourself

These job scams involve the victim being contacted with a job opportunity by an attractive woman. The job will usually be high paying and involve working with many attractive women, such as at a host club. Host clubs are places where female customers pay for attractive male company (the opposite of a hostess club). The scammers will ask the victim to send money for expensive suits or ‘training fees’ for the job.

WeChat has a feature that allows users to find other users in their location. Sometimes a scammer will use this feature to start a chat with someone closeby and ask them if they want to meet up for a date. If the victim agrees to the date, the scammer will share their location and encourage the victim to come to them. This place will usually be somewhere more isolated, for example down a dark passageway where the scammer will ask the victim for money with the threat of violence.

Why Do WeChat Scams Target Men?

The answer to this is simple; there are more men than women on WeChat. The gender distribution in WeChat is 64.3% male and 35.7% female. Another important factor is that 85% of WeChat users are between the ages of 18-35, with 45% being 18-25 years old. Men in the 18-25 age range are typically not married and are still looking for romantic partners or higher paying jobs, making them a good target.

Related Topics:wechat scams
Up Next