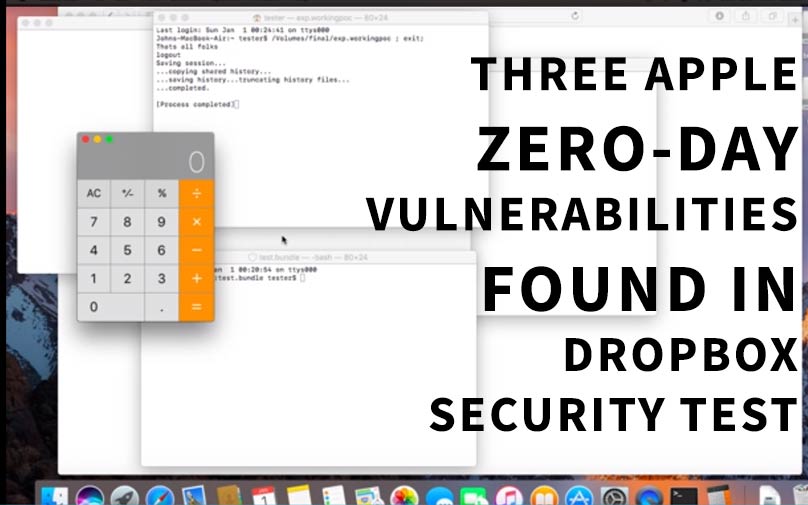 When performing a cyber attack simulation, Dropbox and security partner Syndis discovered three zero Day Apple exploits. Dropbox frequently performs cyber attack simulations in order to assess the security of their systems, and apply any changes needed to improve security. The security team at Dropbox have reported that they spend significant resources on security, both preventing breaches and detecting breaches.

Syndis managed to show that simply by visiting a malicious website, an application could download and execute on a mac. They used a calculator application in their demonstration and were successful at launching it and bypassing the Gatekeeper.

These vulnerabilities were classes as critical because they allow attackers to gain access to a computer and control it remotely.

Apple was notified about the vulnerabilities found by Syndis on February 19 of this year and released a fix on March 29, 2018. It is expected that most Mac users are now protected from these vulnerabilities by updating their OS. If you have not updated your software since February, we recommend you do so as to better protect yourself.

Related Topics:AppleDropboxSyndisZero Day
Up Next