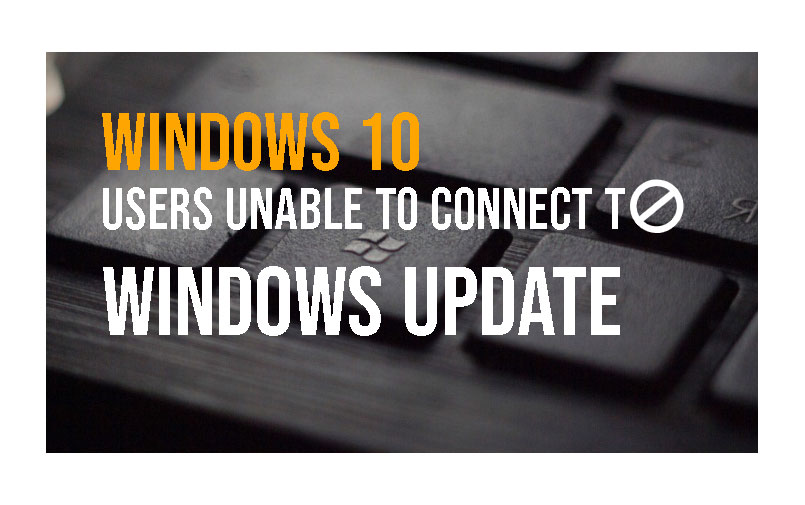 For a few days around January 30th, some users were unable to connect on their Windows 10 devices to the Windows Update Service. When trying to check up on updates, the users will receive a message saying that it cannot connect.

The error message that appears reads “We couldn’t connect to the update service. We’ll try again later, or you can check now. If it still doesn’t work, make sure you’re connected to the Internet.” The language of the message seems to be pointing toward a network connectivity issue, but others aren’t so sure. It’s difficult to tell what the actual cause is for these issues, but after Microsoft investigated, it seems to be the DNS servers that are to blame.

Windows is said to have released an update to help resolve these issues, and even steps to bypass these servers to other services, like Google’s 8.8.8.8 or Cloudfire. The latest reports say that users can still be having issues, even after bypassing these servers. Microsoft released a support article saying,

“We are aware of a service side issue where some customers are still unable to connect or download updates from the Windows Update service.”

The most current resolution for the DNS troubles was to bypass the DNS servers and continue the update, but after discovering the DNS servers were the cause, Microsoft was able to provide a fix. This resolution isn’t needed from here on out. If you are a Microsoft user and are still experiencing issues, it’s advised that you reach out to Microsoft Support to try and isolate the problem you’re experiencing.

Related Topics:Windows 10Windows Update
Up Next