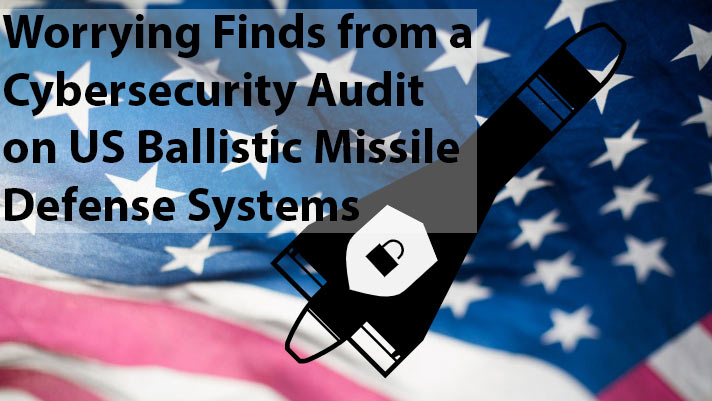 This week it was revealed that inadequate cybersecurity practices are being used to protect the US ballistic missile defense systems (BMDS). The report was released earlier this week by the US Department of Defense.

The report is heavily redacted due to security and privacy concerns, as is typical with government documents of this nature. However, it does highlight some areas where US cybersecurity for the BMDS is lacking:

Even at facilities that did have multifactor authentication, other security concerns were at play. Many systems were not patched correctly, in one facility it was found that a security patch to protect against vulnerabilities was not applied, and this patch was available in January 2018.

In terms of next steps, the DoD is planning to fix these issues in their facilities and provide a higher level of cybersecurity going forward.